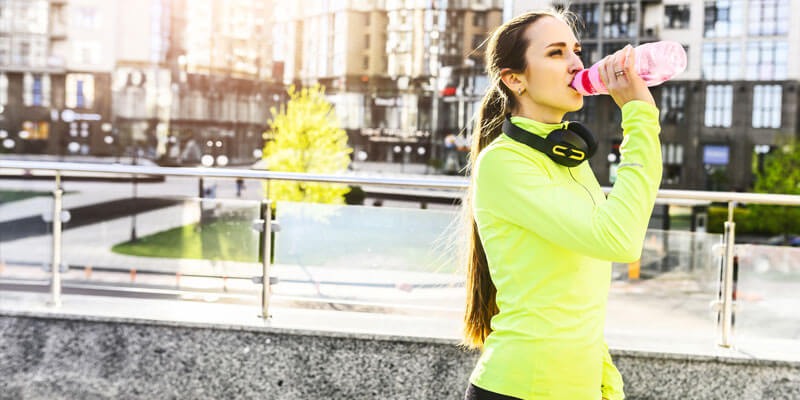 If your mind jumps right to sports drinks when you hear the word ‘electrolyte,’ you’re not alone. Many of us were introduced to the term through advertisements, hearing or reading about sports drinks that replace electrolytes lost through sweat. Even if we weren’t one hundred percent certain what electrolytes were, we learned that they were important and that we needed to replenish them after working out.

So, what exactly are electrolytes? Medical News Today defines an electrolyte as a substance that conducts electricity when dissolved in water. They’re necessary for survival, as they’re vital to many key functions in the body, such as muscle contractions (including those that keep your heart beating), helping the body produce energy and supporting hydration. Many important minerals like sodium, chloride, potassium and calcium also act as electrolytes, keeping muscles healthy. These minerals are in your blood, urine, tissues and other bodily fluids, according to MedLine Plus, and balance the amount of water in your body as well as your body’s pH level. They also move nutrients into your cells and waste out of your cells, ensuring that your nerves, muscles, heart and brain all work the way they should.

The amount of electrolytes you require varies based on a number of factors, including your age, activity level, water consumption and climate where you live. While most people get enough electrolytes from their daily diets, an electrolyte imbalance occurs when electrolyte levels in the blood are too high or too low. Potential causes of an imbalance might be intense exercise, vomiting or diarrhea, dehydration, severe burns and some medications, including diuretics. If the imbalance is mild, you might not have any noticeable symptoms. But, a serious electrolyte imbalance can cause a wide range of symptoms, from shortness of breath, confusion and fatigue to rapid or irregular heartbeat, weakness, difficulty moving and fainting. Anyone experiencing any of these symptoms should seek medical help right away.

An easy way to maintain a good electrolyte balance in your body is by eating potassium-rich fruits and vegetables, such as bananas, spinach, potatoes and raisins; salty foods that are also somewhat healthy, like canned tuna, canned salmon, soup, beans, pickles and olives; and dairy that’s packed with calcium – think milk, cheese and yogurt. As for beverages, one cup of orange juice has 12 percent of the daily recommendation for potassium, milk contains calcium and potassium, coconut water has a lot of potassium and tomato juice has sodium. If you exercise often, sports drinks can also help restore lost sodium and potassium, while assisting the body in retaining water. It’s important to note that sports drinks typically contain high levels of sugar and have high electrolyte content, so you don’t want to overdo it – or else your levels might end up too high and lead to an imbalance.

Some other helpful strategies to keep your electrolytes in check are drinking water (but not too much, or else it will flush electrolytes out of your system); not overusing salt (yes, sodium is an electrolyte, but too much can throw off your body);  avoiding strenuous outdoor exercise during the hottest parts of the day; making sure there’s air conditioning if you’re working out indoors; and replenishing yourself with water or sports drinks after intense workouts.

Electrolyte imbalances are often linked to dehydration or excessive sweating, so it’s important that you monitor yourself and add the electrically charged minerals back into your system after your lose them. That way, your electrolytes will be able to do their job and your body will continue functioning at an optimal level.

Do you want more?

Get articles delivered straight to your inbox! Look for the sticker

The sticker used to verify your product is found on these MuscleTech™ staples. Look for this sticker to confirm you’re buying the real deal!